Algae On Java Fern – What To Do? 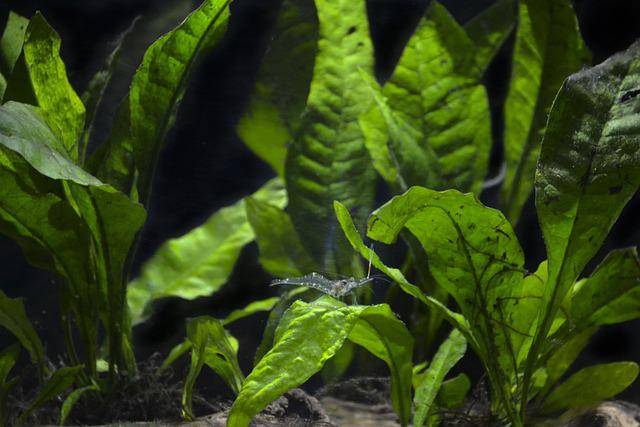 If you have discovered that your Java Fern is starting to support clouds of algae, you might be wondering what you can do about this and whether it is dangerous. Algae on the leaves might be a serious problem for your fern.

Algae on a Java Fern can do damage to the plant, blocking its access to light and stopping up its pores. Java Ferns can rot inside their leaves without showing immediate problems outside, so be aware of this issue and keep an eye out for algae on your Java Fern.

What Is Growing On My Java Fern?

If your Java fern seems to have any kind of brown discoloration or spots appearing on its leaves, or hair-like threads fanning out from them, it’s likely that algae has attached itself to the plant and is using it as an anchor. Many different kinds of algae can do this, and it’s something that you should keep an eye on, because it may damage your plant if it isn’t dealt with.

Because Java Ferns grow slowly, they are at risk of algae forming on their leaves. They tend to collect debris and detritus, as it gets washed onto the broad leaves by the currents in the tank. This builds up on the leaves, creating a nutritious layer that algae can start to feed on – and so algae forms and does just that.

The algae will usually become an unattractive layer of black or brown on the leaves, and it tends to form in tanks where there is insufficient cleaning or where the filter flow isn’t strong enough. If you are using a hang-on-back filter, you are more likely to find the flow is weak and algae have an opportunity to form.

To be clear, having a small number of algae in your tank is unlikely to be harmful and your fern should cope well with this. However, if you have a lot of algae in the tank, it may swamp your fern.

Why Is My Java Fern Rotting?

Multiple problems can cause your Java Fern to rot; although these plants look tough, they are surprisingly vulnerable to issues. Your Java Fern is likely to rot if it gets covered in algae because it won’t be getting sufficient light or oxygen, and this will cause its leaves to break down.

Other issues, such as prolonged shading, can cause rotting. Java Ferns are tolerant of low light, but if the conditions continue for too long, the fern will struggle to survive and its tissues may start to break down. This can be caused by floaters in the tank, or the buildup of algae blocking out too much light.

It is important to remember that Java Ferns do everything slowly, so it’s possible for your fern to look fine even when the conditions are not suitable for it. Gradually, the fern’s health will decline, but this change can be invisible for a long time, and it may be weeks before you notice that anything is wrong.

If your Java Fern is rotting, you will need to correct the tank conditions as soon as possible to try to save the plant. Look out for light problems, algal growth, and flow issues, as all of these can cause rotting.

How Do You Remove Algae From A Java Fern?

Getting rid of algae can be a challenge once it has got established on a plant, and it may require you to take multiple steps if you want to be effective. Some people recommend adding things like nerite snails, which should eat the algae off the leaves.

Often, however, you will need to wash the fern to remove the algae, and this should be done with great care so you don’t damage the leaves. Try to remove as much algae as you can by pulling it off gently, and then use a soft cloth to wipe down the leaves, getting as much off as you can. Lightly scrubbing is usually enough to remove the algae.

Submerge the plant in weak bleach for up to 5 minutes, but no more, or it is very likely to die. This should kill the algae. Next, submerge it in clean water and allow it to soak for about 10 minutes to wash all of the bleach off.

Be aware that this process may damage the plant, so you should only do this if your plant is already suffering badly and at risk of dying anyway.

How Do You Prevent Algae On Anubia?

The best way to prevent algae is to make sure that your water is not too dense in nutrients and avoid debris building up on the plant’s leaves. If you notice your Anubia is collecting a lot of fish waste, sand, silt, and other dirt on its leaves, you should brush this off.

Making sure you have a good filter for your tank is also important, because this will help to pull nutrients out of the water and prevent a buildup. Algae won’t grow as much in low-nutrient water, so this is a very effective way to prevent algae from growing on your Anubia.

You should also make efforts to rub any algae off the plant when you see it forming, as this should stop it from creating a dense mat. You may be able to do this with the plant still in place, but for stubborn algae, you will likely have to lift it out and clean it. Being vigilant and removing algae as soon as it forms should keep your Anubia healthier.

Algae on a Java Fern can be a big issue, as it will build up on the leaves and block out the plant’s light. You should make efforts to remove the algae as soon as you notice it, and try to prevent buildup in the tank if possible.